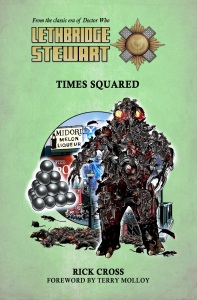 Candy Jar Books is pleased to announce the return of the Great Intelligence, and its foot soldiers the Yeti, in the first novel of Candy Jar’s third series of Lethbridge-Stewart novels.

The Great Intelligence and the Yeti first appeared in the 1967 Doctor Who serial, The Abominable Snowmen, written by Mervyn Haisman & Henry Lincoln. It was such a success that the two authors were quickly commissioned to write a sequel, and in 1968 both the Intelligence and the Yeti returned for The Web of Fear, a story which also introduced Lethbridge-Stewart himself!

Apart from the straight-to-video film, Downtime, released in 1995, it was many long years before the Great Intelligence returned to Doctor Who; Christmas 2012. Two more appearances followed in 2013. This trilogy of stories (The Snowmen, The Bells of St John and The Name of the Doctor) was penned by Steven Moffat and introduced viewers to a future version of the Intelligence, which led into the events of the first Lethbridge-Stewart novel, The Forgotten Son, a story that saw the final death of the Intelligence and revealed a previously unknown link between the Intelligence and the Lethbridge-Stewart family.

Range Editor Andy Frankham-Allen says: “For The Forgotten Son I was interested in wrapping up the story of the Great Intelligence as seen in Moffat’s trilogy, and exploring something of its origins. So now it’s time to go back to the Intelligence as depicted in the original Haisman/Lincoln stories. Ever wondered what happened to it in those long years between The Web of Fear and The Snowmen, and how the 1995 straight-to-video film, Downtime, fits in? Well, now it’s time to start finding out.”

Times Squared, written by first-time novelist Rick Cross, takes place some eight months after The Web of Fear, transferring the Yeti from the London Underground to the underground network of New York. Shaun Russell, head of publishing at Candy Jar, says: “I had the idea of the Yeti roaming through Times Square, plaguing the immense underground of New York. And by throwing in a bit of time travelling shenanigans, the title was an obvious one.”

Andy says: “After Shaun came to me with the basic idea, it was quickly decided we wanted, ideally, an American author to write it. I turned to Rick Cross, an aspiring US author I knew via social media. We talked and he jumped at the chance. We spent a short while discussing story ideas, telling him the elements I wanted, and he came to me with a few ideas of his own. And it has turned out rather brilliantly; the first bona-fide sequel to The Web of Fear, dealing with the Intelligence from that story, as well as a story that brings back Owain, Lethbridge-Stewart’s nephew, last seen in Beast of Fang Rock. A character with a very special relationship to the Intelligence.”

Rick says: “It’s been an exciting opportunity. Hard work, trying to remember the British rules of grammar, but I’ve enjoyed telling my story and delving into the relationship between Lethbridge-Stewart, his fiancée, Sally, and his nephew, Owain. Owain in particular has been fun, exploring his freedom of spirit, and his destiny – which is, one day, to be reincarnated into the person who will ascend to be the Intelligence.”

On bringing back the Yeti, Rick continues: “I had this brilliant idea about the rats in the sewers of New York, and their connection to various plagues throughout the years. What if one such plague was the result of the Intelligence? Coupled with that was my desire to explore the origins of the Yeti. Who made them? How did so many of them get to be in the London Underground in The Web of Fear? Remember, in that story it is revealed that Travers only brought one of them back from Tibet with him. Hopefully Times Squared will provide fans with an interesting take on that, as well as expanding the mythology surrounding the Intelligence and Yeti.”

Not only does this novel bring back these classic enemies, but it also brings back a character from the BBC’s range of Eighth Doctor Adventures from the 1990s.

Andy adds: “Ever since first reading about this character in 1997 I’ve wanted to use her; indeed, she featured in an unpublished Doctor Who novel I wrote in 1998. Her connection to UNIT, and consequently the Brigadier, has been something I’ve wanted to explore since day one of this series. In particular to show the origins of how she came to know Lethbridge-Stewart and what piqued her interest in all things alien.”

The character in question if Adrienne Kramer, future brigadier-general of the US arm of UNIT, who made her official Doctor Who debut in the 1997 novel Vampire Science by Jonathan Blum and Kate Orman. Although she originally appeared in a fan-made video, also written by Jonathan Blum, Time Rift.

Rick says: “It was a wonderful opportunity. Andy set it all up, put me in touch with Jon, who compiled a detailed background document for the character. I had never heard of Kramer, but did my research, and it has been brilliant writing for her, exploring the young woman she was in 1969, long before she became the tough soldier in Vampire Science. I’ve been very blessed to play with all these wonderful much-loved Doctor Who characters in my book, and add one of my own creations to the mythos of Doctor Who.”

Cover art is provided by Martin Baines, whose portfolio includes the Wallace & Gromit comic, Commando, The Beano, and more recently Thunderbirds Are Go magazine. Martin says: “As soon I was briefed on the key scene in the book, Yeti robots covered in rats coming out of the New York underground, I was onto a winner with the cover. This horrific, stark image along with the brilliant writing by Rick Cross makes this a worthy continuation to the classic Web of Fear.”

The book has a forward by Terry Molloy, who is no stranger to either Nicholas Courtney or Lethbridge-Stewart. He worked with Courtney on the audio series, The Scarifyers, and has narrated the first series of Lethbridge-Stewart audiobooks. He is perhaps best-known, among Doctor Who fans, as the actor to have played Davros, creator of the evil Daleks, more times than any other, including three 1980s Doctor Who serials and many Big Finish audio dramas.

Blurb: When Brigadier Lethbridge-Stewart, his fiancée Sally Wright, and nephew Owain Vine, embark on a much-needed holiday to New York City, the last thing they expect to find is a puzzling mystery involving coma patients, a stranger from a distant land and a dark menace lurking in the bowels of the city’s labyrinthine subway system.

Before long, they’re battling an ancient evil pursuing a deadly campaign of terror that could bring Manhattan under its control… and the world to its knees.

Times Squared can be pre-ordered individually, or as part of the Series 3 Bundle (both UK and overseas), which includes forthcoming novels, Blood of Atlantis by Simon A Forward, and Mind of Stone by Iain McLaughlin, or the subscription deal for those wishing to get six books for the price of five (UK only, covering the series three titles, plus the series four titles released early 2017)! Pre-order directly from http://www.candy-jar.co.uk; Times Squared is due for release at the end of October.

A free digital-only short story, The Wishing Bazaar by Sharon Bidwell, will be given out to all pre-order/subscription customers in October.

The previously limited print-collection, The HAVOC Files, has also been released on Kindle. Buy it here https://www.amazon.co.uk/Lethbridge-Stewart-HAVOC-Files.

Stephen King, in the introduction to the 2005 re-issue of ‘Salem’s Lot wrote, ‘Writing controlled fiction is called “plotting”. Buckling your seatbelt and letting the story take over, however… that is called “storytelling”. Storytelling is as natural as breathing; plotting is the literary version of artificial respiration’, and that pretty much sums up Andy’s own brand of writing. His stories have plots, but they are plots that evolve from the characters, plots that develop as the characters do once a key idea is conceived. He has written several novels in the Space: 1889 & Beyond series, and short stories for Big Finish’s official Doctor Who anthologies, as well as many short stories published by Untreed Reads and was editor of Pantechnicon eZine which he co-founded with Trudi Topham in 2007. In 2013 he wrote the ultimate guide to the Companions of Doctor Who for Candy Jar Books, which won rave reviews from Doctor Who Magazine (“Frankham-Allen’s style is engaging and enthusiastic, maintaining a pacey discourse throughout when it would have been easy to just provide a droning list… As the role of the companion continues to grow and develop within Doctor Who, on screen and off, there’s a sense that this is just the beginning of a work that is ripe for updating in a few year’s time. Let’s hope that Andy Frankham-allen is already working on volume two.”) and other science fiction magazines. His magnum opus, The Garden, remains incomplete with only the first of four books released. However, until vampires become in vogue again and a mainstream publisher wishes to pick it up, he feels that Seeker will remain an orphan. His favourite contemporary authors are John Connolly, Karin Slaughter and John Ajvide Lindqvist, and his favourite genre authors are HG Wells, John Wyndham and Stephen King. His favourite television shows are Supernatural and Doctor Who (1963-1989) with various other shows vying for third place, including The 4400, Battlestar Galactica (remake), Dollhouse, Buffy the Vampire Slayer and countless others. His musical tastes vary a lot, and he enjoys everything from metal to classical. He’s a bit of a comic fan, or was when younger, and loves almost every single Marvel film made, and a few DC (but can’t stand the work of Christopher Nolan). But most of all he loves with a passion The Transformers (although he always stresses at this point that he’s referring to the original comics that began in 1984 and not the modern iterations thereof). When asked why he became a writer, he explains, ‘I was always going to become one of three things. Either a singer, a dancer or a writer. I can only sing well when in the shower, or drunk, a serious ankle injury in 1996 put paid to any serious dreams of dancing (although I can still move on a dance floor, don’t you worry), and so I was left with writing.’ View all posts by Andy Frankham-Allen 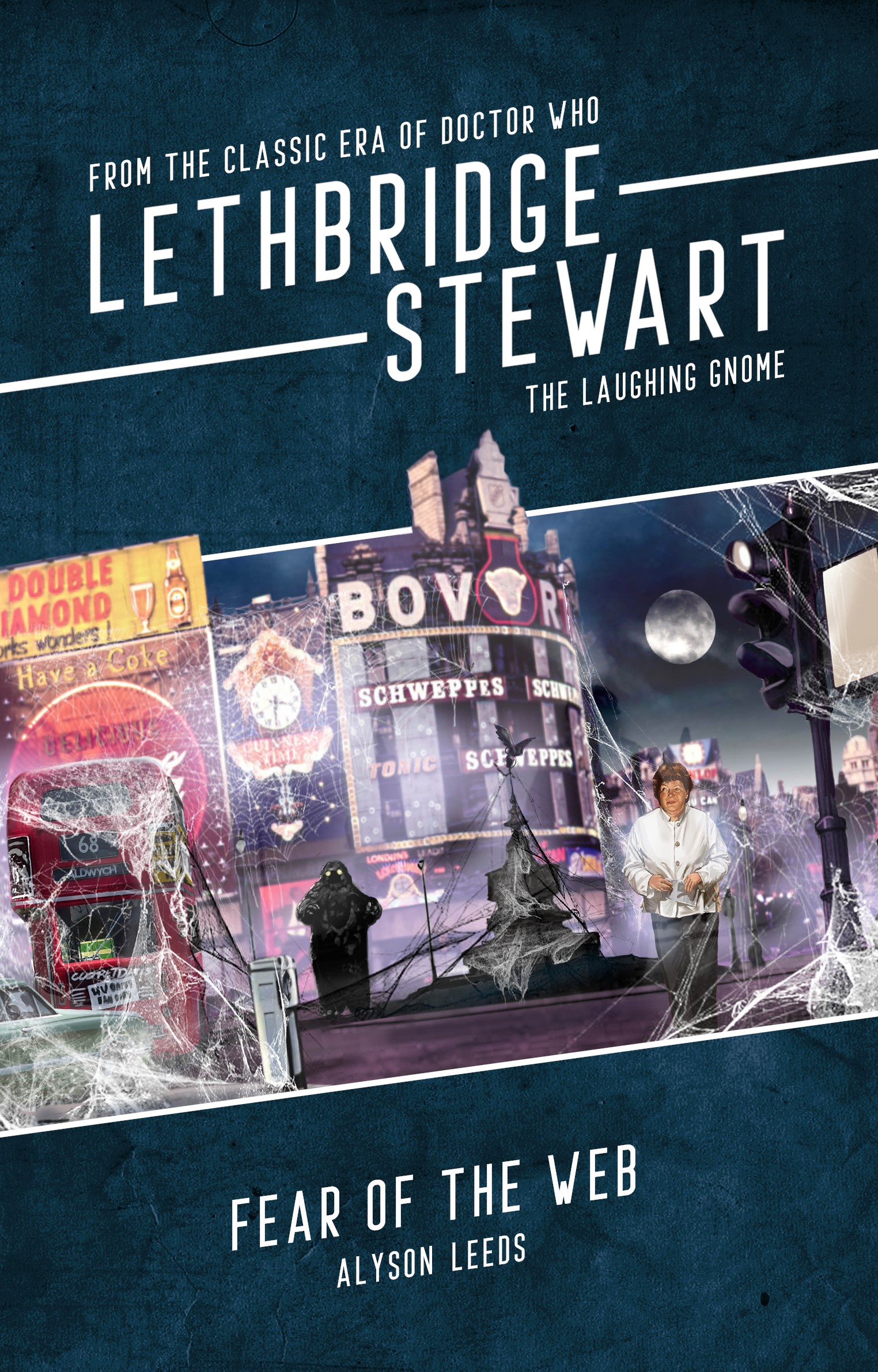